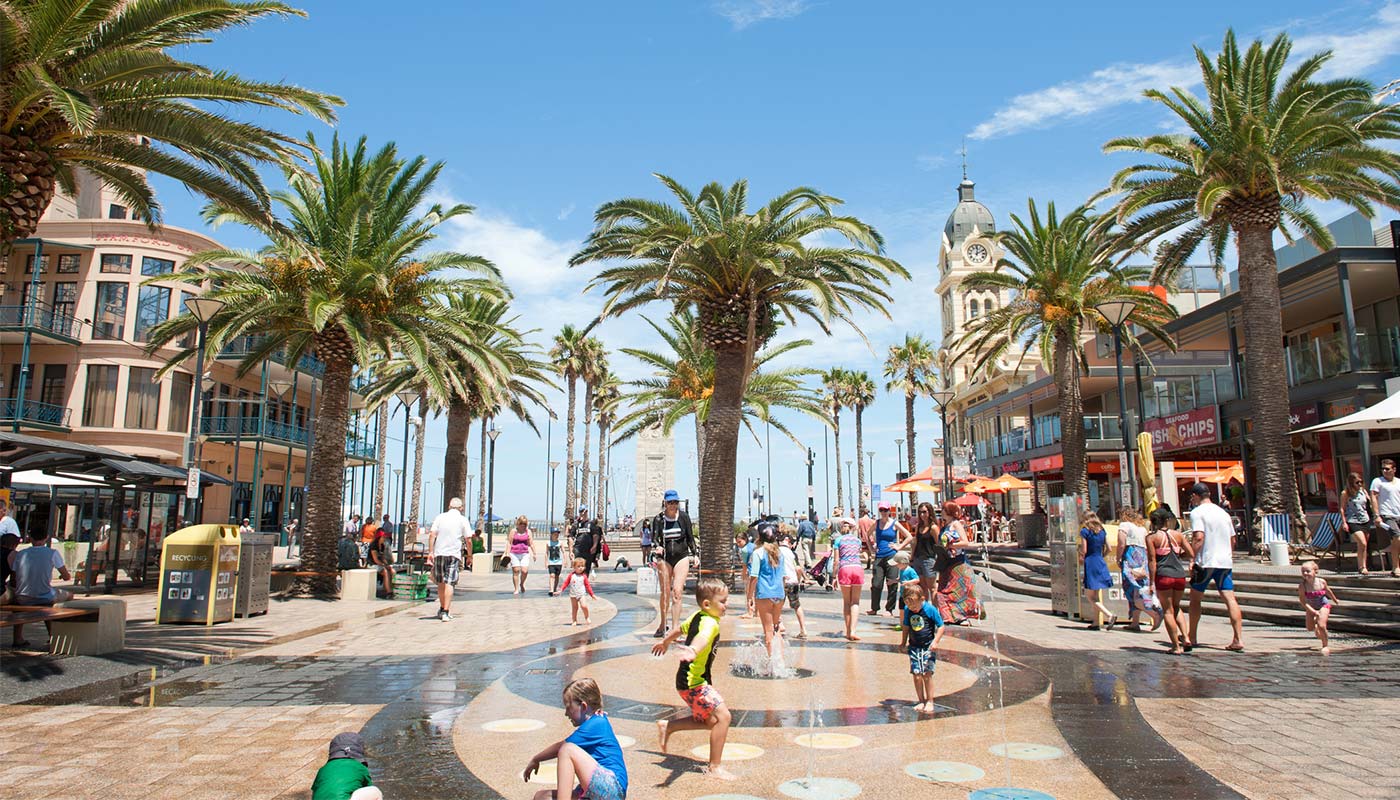 The most elegant city in the country.

Adelaide, Australia’s smallest capital with its 1,600,000 inhabitants, is considered one of the most elegant cities in the country with its tree-lined streets and Victorian-style parks.

It’s possible to manage and balance an excellent quality of life without stress and a strong sense of “community”. Adelaide is a city where people still greet you on the street without knowing you and very easily create friendly relationships with their neighbours.

Adelaide is the capital of South Australia and its climate is around 16 °C in winter; to 28 °C in summer (on hot days the temperature can reach 40 °C!). It is the only Australian city that was not founded by English prisoners (a fact that makes the Australians proud). Although the evolution of the city has been slower than that of other Australian capitals, Adelaide can boast of being a pioneer in supporting multiculturalism, human civil rights and Aboriginal culture.

The city is lively and hosts many events in the summer season:

A city where life is much cheaper than other major Australian cities, but which always offers services at high levels.

With a mild climate, international cuisine that is the envy of Melbourne, Aboriginal festivals and art galleries, the still-alive tradition of “live” music in Australian pubs, the multi-ethnic Central Market, the Terrace parks surrounding the city centre, the refined ecological culture and the proximity to the “wilderness”, Adelaide won the only position in an Australian city in the Lonely Planet Top 10 Cities 2014 Best in Travel.

A CITY ON A HUMAN SCALE

Adelaide is effortlessly chic – like a perfectly cellared red, it’s ready to be uncorked and sampled.

Adelaide, unlike cities like Sydney, was planned with a checkerboard layout divided by King William Street (central area) and bounded by the Terrace to the north, south, east and west. This makes it a city that is easy to navigate without the risk of getting lost in the immense Australian spaces. The hub of social and nightlife in the city is Rundle Street, where restaurants follow one another for every cuisine in the world, shops of all kinds and independent cinemas.

Adelaide is called the “20-minute city” because where ever you are, the city centre can be easily reached in 20 minutes!

West of the centre is Glenelg, the largest suburb of the city by the sea, where a second city centre with numerous shops and restaurants is located on Jetty Road.

NOT TO BE MISSED

To the east, inland, the Adelaide Hills offer a breathtaking landscape and the opportunity to meet native Australian animals.

From the Hills, it is very easy to reach Fleurieu Peninsula and the Barossa Valley, the largest and most influential wine area in the country. Try red wines like Shiraz and Cabernet!

Taking a regional flight or a ferry from Cape Jervis (180 km from Adelaide), you reach Kangaroo Island, a truly “wild” place considered the “Australian Galápagos”. A “zoo” in the open air without any barrier where you can meet: opossums, wallabies, kangaroos, echidnas, koalas, and hundreds of different types of birds!

FUN FACT: Adelaide and the entire state of South Australia are considered regional areas, which makes it an easy destination for obtaining a resident visa, for example through RSMS 187.