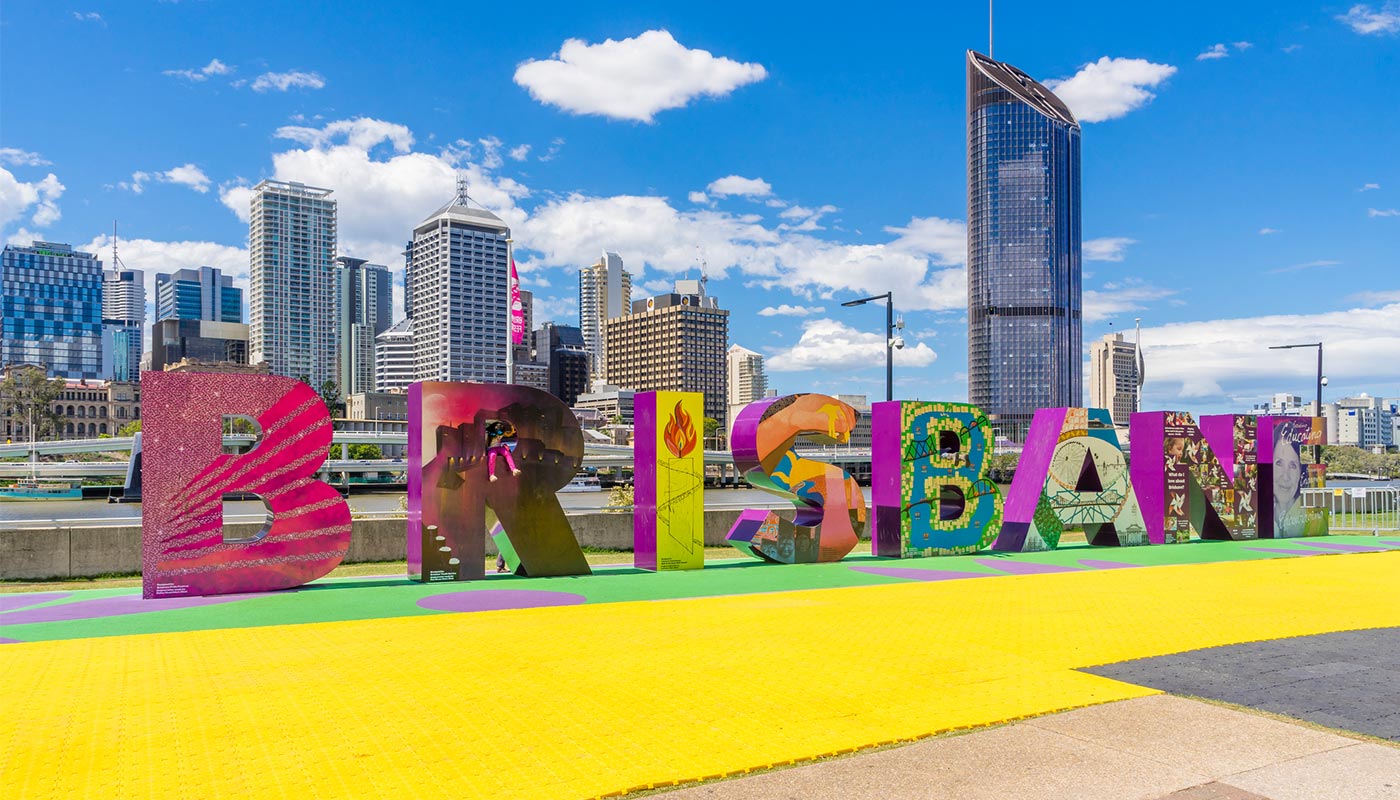 Study and live in one of the most exciting cities in the world!

Brisbane is the perfect place to have the Australian experience of a lifetime! The city is a combination of big-city attractions and the laid-back Aussie lifestyle. Between the huge arts and culture scene, and the outdoor adventures that Brisbane provides, you’ll never want to leave the gorgeous river city. 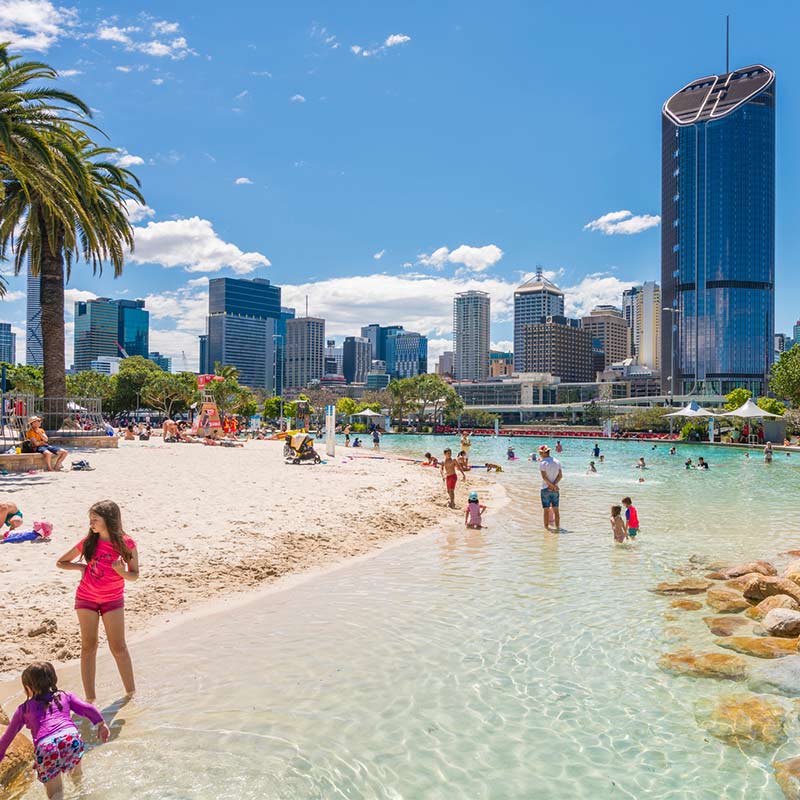 The climate is one of the best in Australia. What is winter? 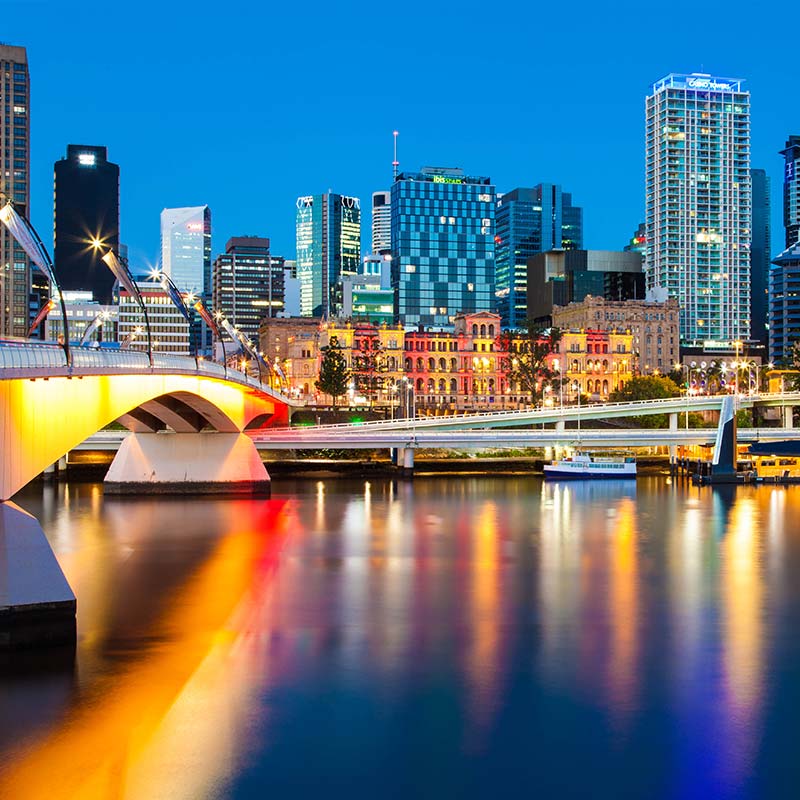 The country’s best beaches are only a short drive away 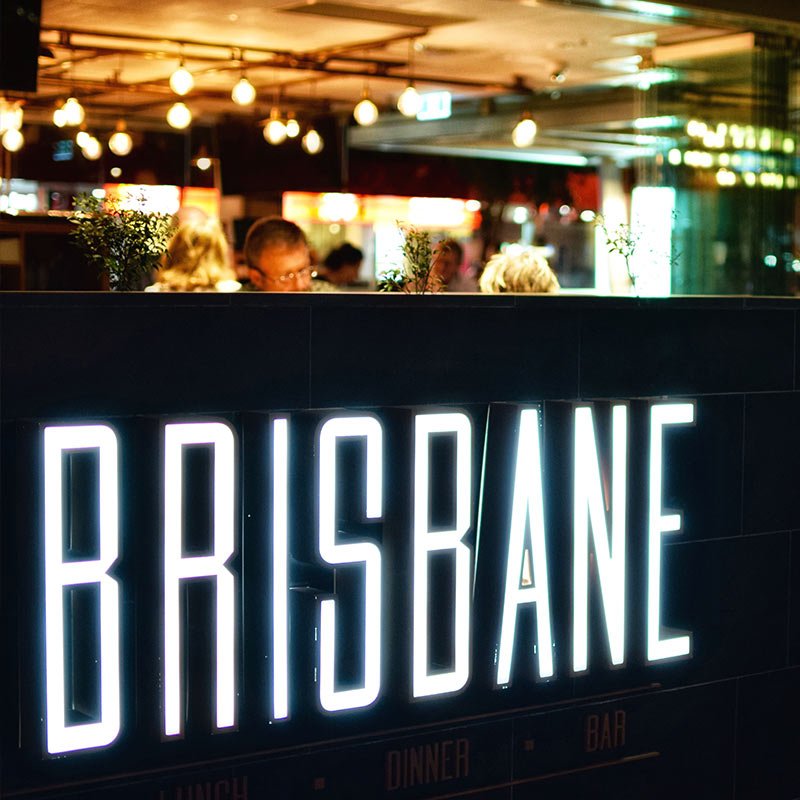 The job market is great and continues to grow 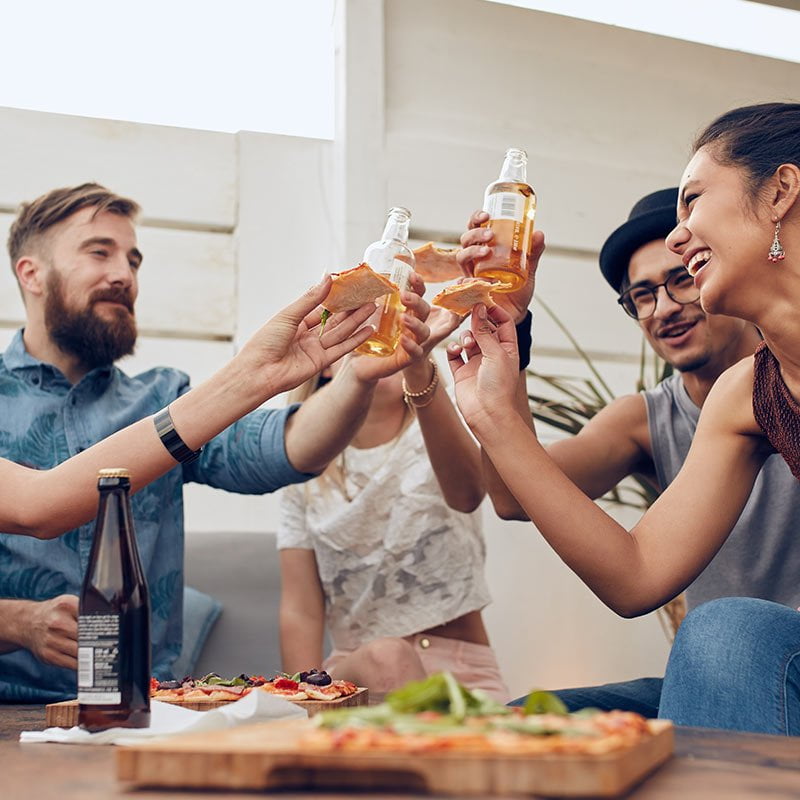 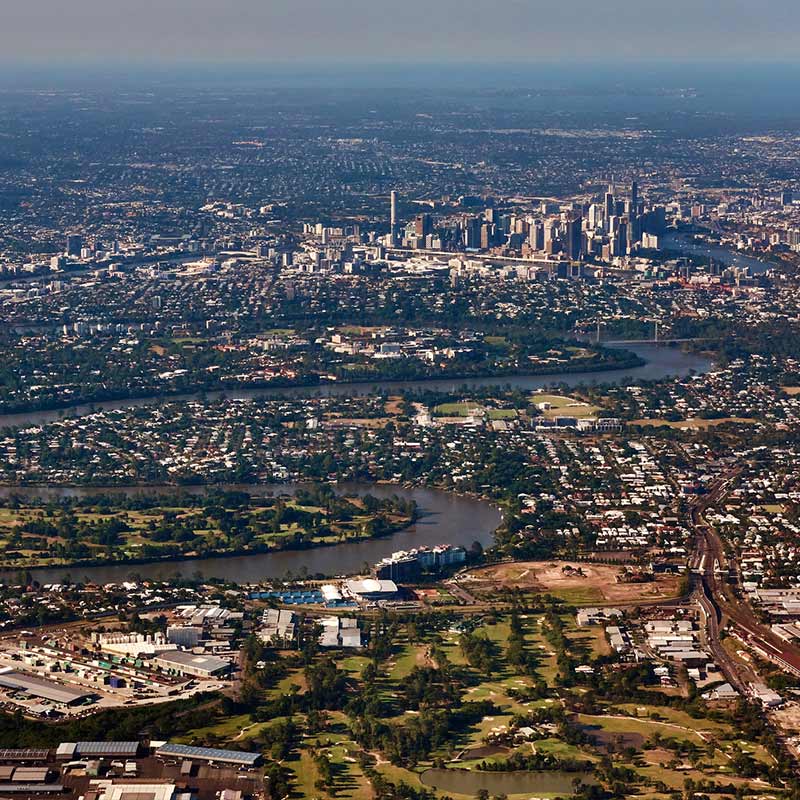 There is a large population of young people, so there’s plenty of people to meet. 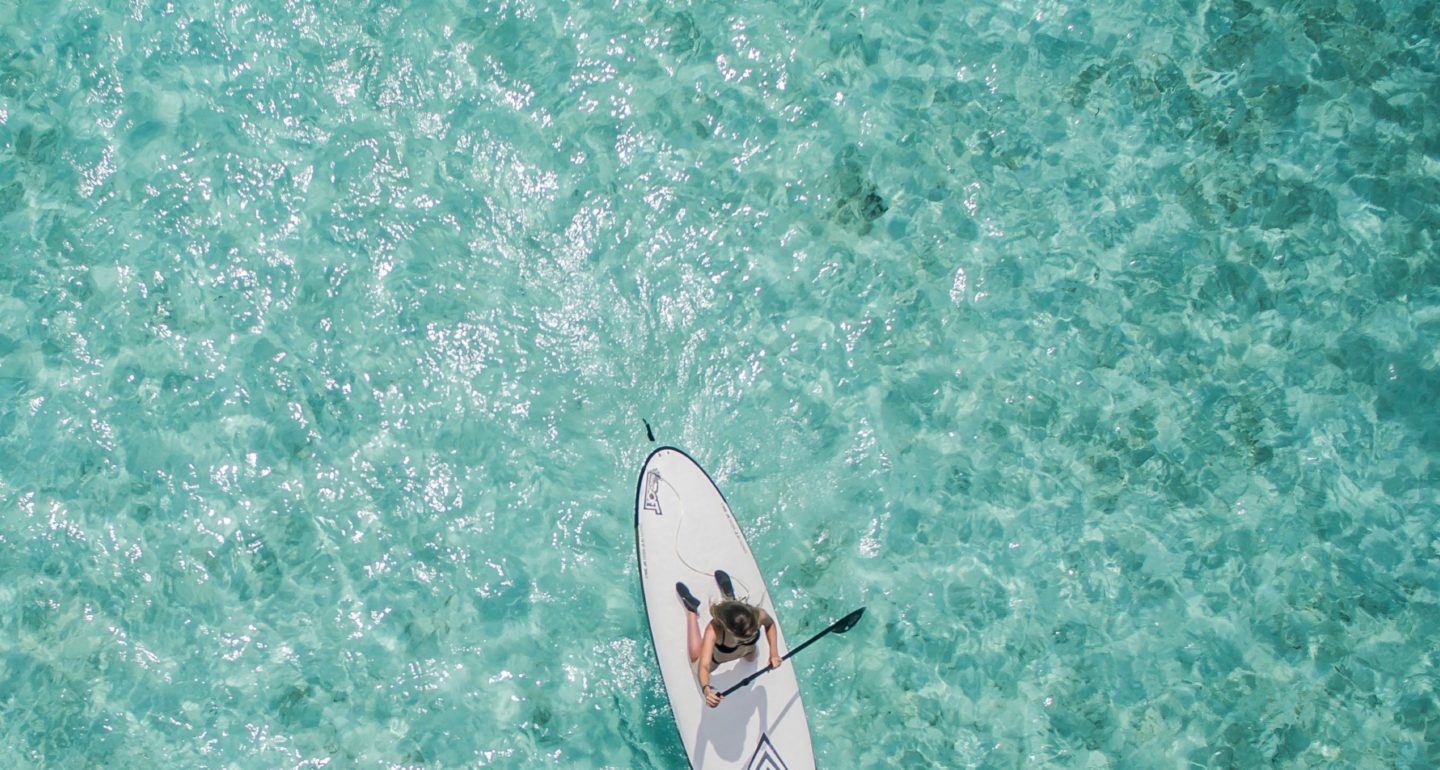 Our Go Study Brisbane office is here to help you get the best out of your experience! Come find our Job Support & amazing Events, and renew your visa at the best price with us! What are you waiting for?Contact us!

Studying in Brisbane is definitely a winning choice for those who want to enrich their education in a relaxing and stimulating environment. There are many cities in Australia where studying English is a pleasure, but few offer a quality of life equal similar to Brisbane!

When considering a course, it is extremely important to think about the environment you will study in. The ideal surrounding for most people is a relaxed atmosphere, where you feel comfortable and motivated to learn. Brisbane is extremely friendly, relaxed, and open to newcomers. Anyone who goes to Brisbane to study English will often feel at home instantly.

You are no longer considered a visitor but a local! Some residents may be inclined to spend their free time opening up to foreigners, listening to stories from all over the world and sharing their city without discrimination. Studying and making friends in such a multicultural city is an amazing experience and one you will not regret.

If you want one more reason to choose Brisbane as your study destination, it is home to one of our offices! It’s a great place for all international students needing assistance during their stay down under. Our team is always ready and waiting for any questions, study inquiries or help you might need!

Do you want to improve your English?

Brisbane is an extremely inclusive and friendly student city. Many English schools here offer language courses for foreign students. You have the option to attend famous, established schools or smaller institutes and independent schools. These courses are designed to meet all levels and needs, from general and business English to IELTS exam prep, Cambridge First and advanced certificates. There are also academic courses to help you gain access to Queensland universities.

The relaxed and safe atmosphere of Queensland makes Brisbane an excellent destination for young people.

What if your English is already good?

There are a massive variety of vocational courses (called VET) that the city has to offer. Increasingly in demand are those in the hospitality, information technology, design, fitness, and management sectors, which offers graduates many opportunities to express themselves in the workplace.

Brisbane hosts some of the best universities in the world, built to satisfy even the most demanding academics. The University of Queensland, Griffith University, Queensland University of Technology and James Cook University are some that you have the opportunity to attend to make your dreams a reality.

Don’t miss the best events in the city!

Check out all events

Many students choose Brisbane so that they can combine work experience with English learning. Brisbane has a lively, expanding job market meaning there are plenty of opportunities to find work.

Brisbane is emerging as Australia’s new place to be, with over 1,000 people deciding to move here every week! With the growth of the city comes a growth in job opportunities; this makes Brisbane the ideal place for anyone with a Student or Working Holiday Visa. 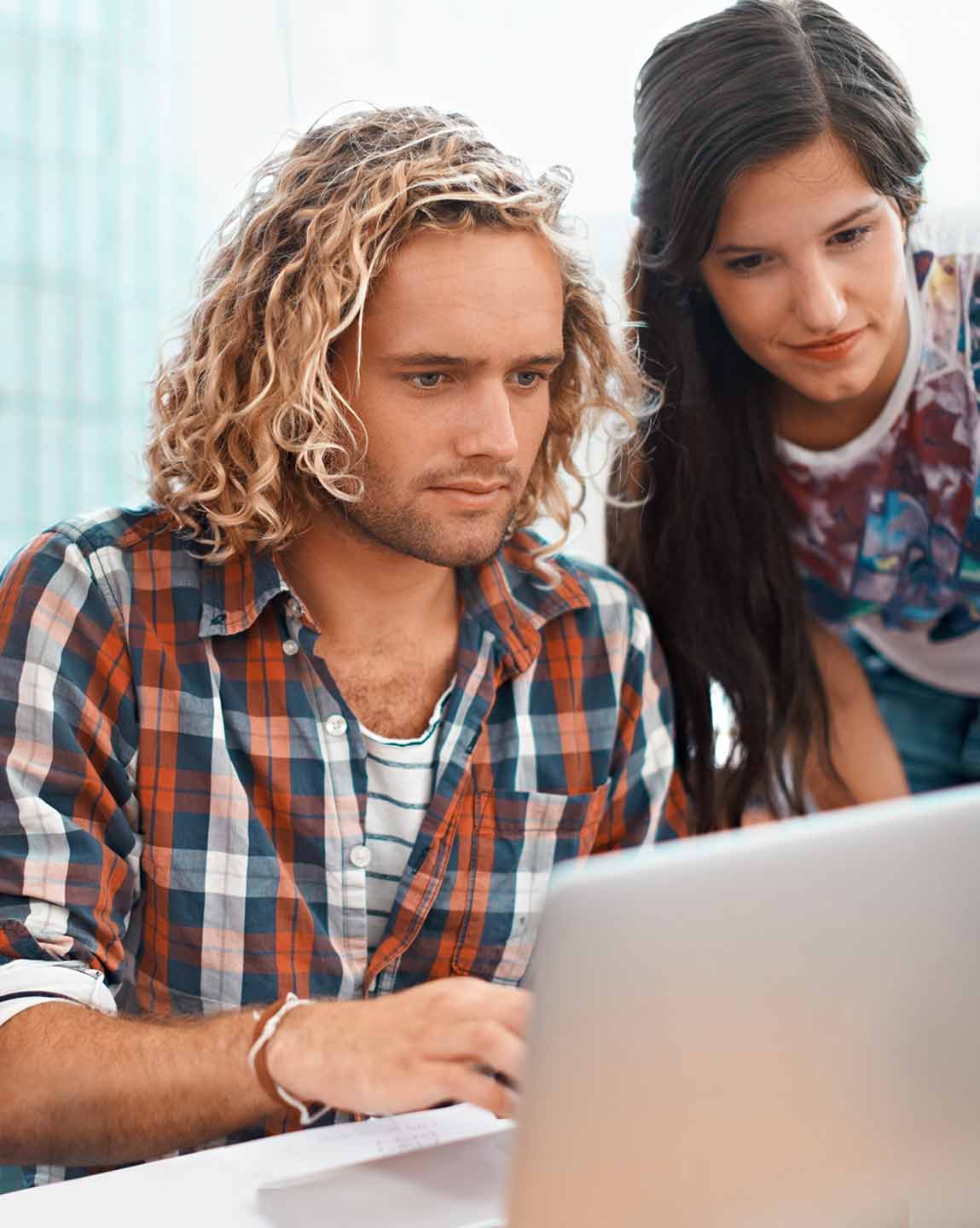 Brisbane is full of opportunities waiting to be seized. Over the past 10 years, employment prospects in this city have multiplied much more than in other regions of the country. The number of available jobs is growing twice as fast as population growth, meaning there are more options available for international students.

Added to this is the fact that Brisbane remains one of Australia’s cheapest capital cities, with the cost of living much lower than Sydney, Melbourne, and Perth. 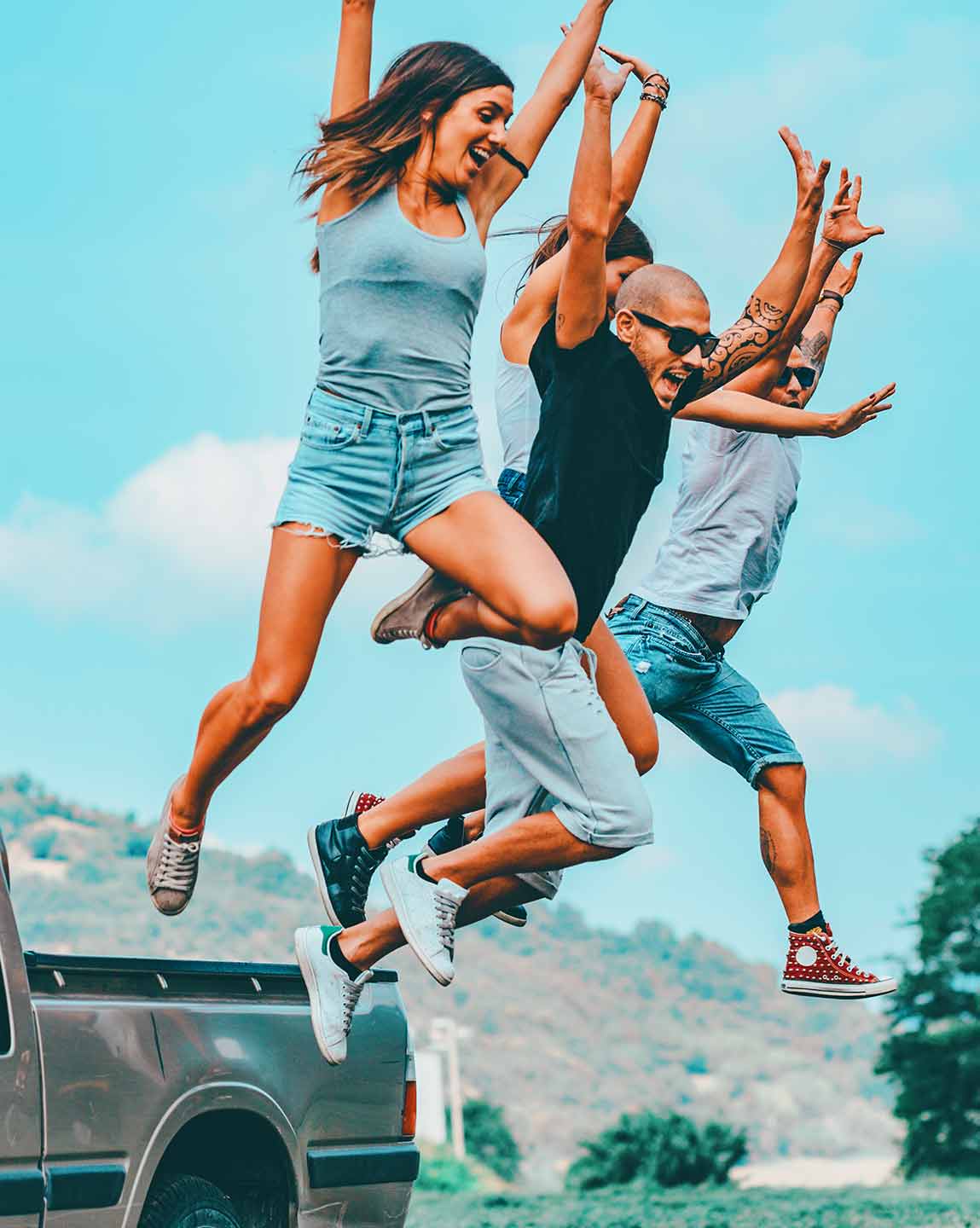 The Queensland Government has an initiative to incentivise people: “Work, Live, and Play”. This initiative aims to attract entrepreneurs and skilled workers to the region.

Are you interested in the opportunities that await you in Australia’s sunshine capital? To find out more, contact a one of our experts to learn about the most suitable path to follow based on your needs and professional experience.

Brisbane has a huge population of young people – 24% of the population are between the ages of 25-35. This will give you the opportunity to meet more people in a similar situation to yourself and give you the chance to make new friends.

Depending on your budget and your preferred living arrangement, there are many different options available for international students when it comes to housing. We suggest that you plan ahead when it comes to accommodation in Brisbane.

Australian culture is extremely relaxed in general and the laid-back locals of Brisbane are respectful and kind to everyone. Street harassment is essentially non-existent; it’s rare to hear of anyone being bothered while they’re out or on public transport, regardless of the time of day or night. Although it’s always best to err on the side of caution, you’ll be extremely safe in Brisbane. 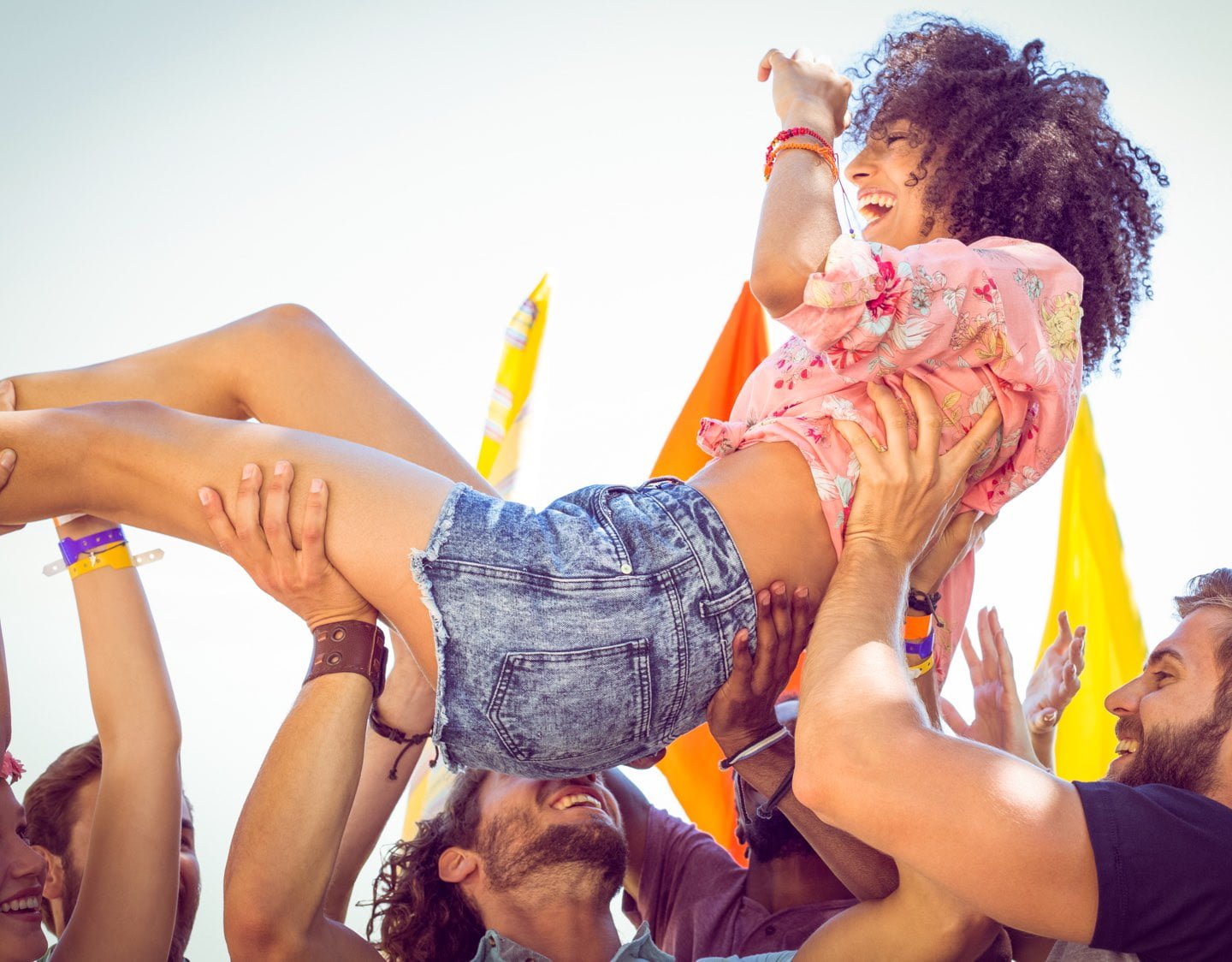 Why choose Brisbane instead of one of Australia’s other cities?

Brisbane is an affordable city, especially when compared to other capital cities like Sydney and Melbourne.

This friendly city is consistently welcoming everyone with open arms. There is such a thing as the ‘Brisbane Greeters’ – a group of locals wanting to share all their knowledge of the area with anyone who wants to listen.

Other Brisbanites will be excited to have you there. The city hosts an annual City Welcome Festival aiming to show new international students the best of Brisbane – from live music, to sports and Indigenous culture, Brisbane will give you an official welcome like no other capital city does. Even the Mayor attends to meet with students, with the aim to make you feel right at home in your new city.

Another perk to this sunny city is the Streets Beach. A beach like no other, it is Australia’s only inner city, man-made beach. You will have all the benefits of a normal beach; golden sand, clear blue waters and beautiful views but without the seaweed, risk of sharks and jellyfish stings.

As Brisbane is the capital of the Sunshine State, it comes as no surprise that the locals love to spend a majority of their time outside. There’s an abundance of experiences to be had from outdoor rock climbing, kayaking on the river, taking a trip along the endless bike trails or just having a barbecue in one of the many public parks. If you love the outdoors, Brisbane is the place to be.

Brisbane is very big on nature and tends to celebrate the natural environment through their architecture. Plenty of big, open, outdoor spaces were created for residents to relax and enjoy the sun. Brisbane’s approach to the environments they build helps to make the city feel much more breathable, simulating and relaxing. This plays a big part in the identity of the city.

Brisbane is not such an old city; it has a fresh, modern look with new, shiny skyscrapers standing tall along the skyline. This creates a magnificent view behind the many bridges that sit along the meandering river.

At first glance, you will see a big city, but once night arrives it will be full of sparkling lights. There is so much more to Brisbane than initially meets the eye. The city has many early era architectural highlights that are definitely worth a visit such as Brisbane City Hall. Considered to be the heart of Brisbane and built in 1920, this 92-metre clock tower is a heritage listed building and used to be the tallest building in Brisbane.

Another one on the heritage list is Customs House located in the CBD (Central Business District). There is plenty of architecture to see along with some of the city’s grand cathedrals.

Aside from the glorious national parks, gardens and bush walks, there are so many native animals to be seen in and around Brisbane. Head over to the Coast of North Stradbroke Island and you’ll find an abundance of wallabies and kangaroos. There are loads of conservation parks where you can go and visit some koalas. You will even find a platypus or two playing in the water of the creek at O’Reilly’s Vineyard. But it doesn’t stop there; you will find possums, birds, reptiles, dolphins, whales and manta rays… the list goes on.

Whilst most people tend to think of Sydney and Melbourne when it comes to arts and culture in Australia, Brisbane has an up and coming gallery and museum scene, with a range of options to suit anyone’s interests. The Gallery of Modern Art (GoMA) is home to world-class art and the planetarium is definitely something you’ll want to check out. If galleries aren’t your thing, Brisbane is home to a collection of incredible street art that you’ll be able to spot all throughout the city.

From an abundance of live venues such as Riverstage and the Triffid, to more intimate bar and pub venues, the vibrant music scene in Brisbane showcases genres to suit everyone. Brisbane is also home to Australia’s largest free live music program, City Sounds, where various artists perform in public spaces throughout the city each and every week.

Moving to a new city can be very scary and daunting, especially if you haven’t lived away from home before. But that’s the reason we exist; to make sure you don’t end up feeling that way!

We are here to be your friend and expert mentor throughout your time in Australia. We can solve your problems and connect you to amazing opportunities that will ensure your experience in Australia is nothing less than life changing. Our counsellors speak multiple languages and our door is always open should you need support!

Don’t miss to read our testimonials stories from Brisbane!