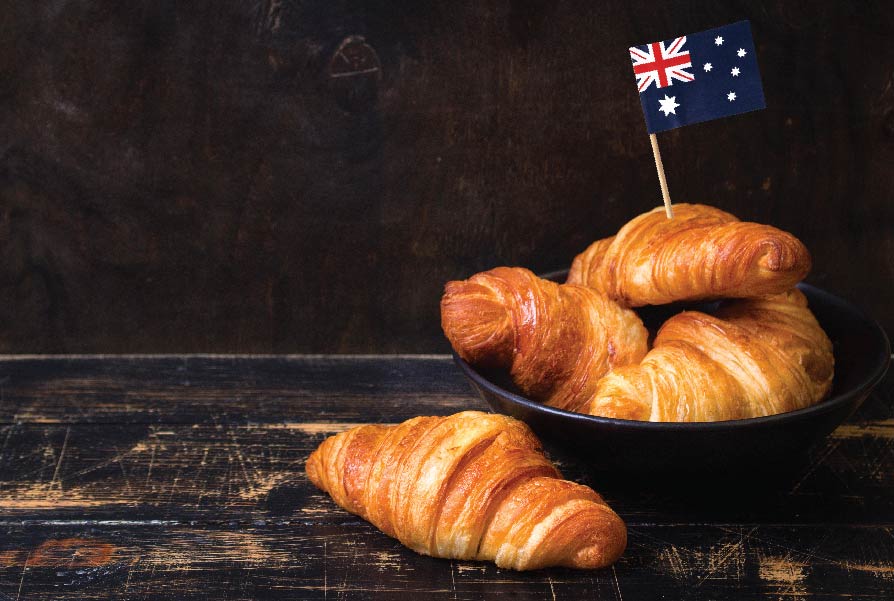 Best croissant in the world

The best croissant is Australian, not French! According to New York Times magazine, the best croissant in the world is not French, but Australian and is to be found in Melbourne! American journalist Olivier Strand in his article Is the World’s Best Croissant Made in Australia reveals the delicious find a creation of Lune Croissanterie in Melbourne and created by Kate Reid. The article goes as far as saying that the croissants deserve a trip Downunder!

Lune Croissanterie is located in Melbourne at 119 Rose St, Fitzroy VIC 3065. It will take a short glimpse at their Instagram page to make you drool. Traditional recipes sit along more creative ones such as croissants stuffed with pulled pork, cheese, and smoked pepper. The bakery sells over 3000 croissants a week!

- It's Sunday morning, why on earth wouldn't you? Especially when they're coming out of the oven this fresh... - #lunecroissant

- It's lunchtime and we STILL HAVE Reubens and Ham & Gruyere!!! Stop thinking, just follow your nose - we're the big grey building that smells like croissants. And cracking snap @iveyfiona - thanks for the #juicy capture! - #lunecroissant #luneforlunch

An Australian Croissant ... but the know-how is French!

The best croissant may be Australian, but the know-how is French. Kate Reid was trained in France in the Parisian bakery Du Pain et des Idées. She studied the art of French pastry at this establishment known as one of the best bakeries in the capital, located in the X arrondissement in Paris.

Do you want to go to Melbourne to try this delicious croissant?