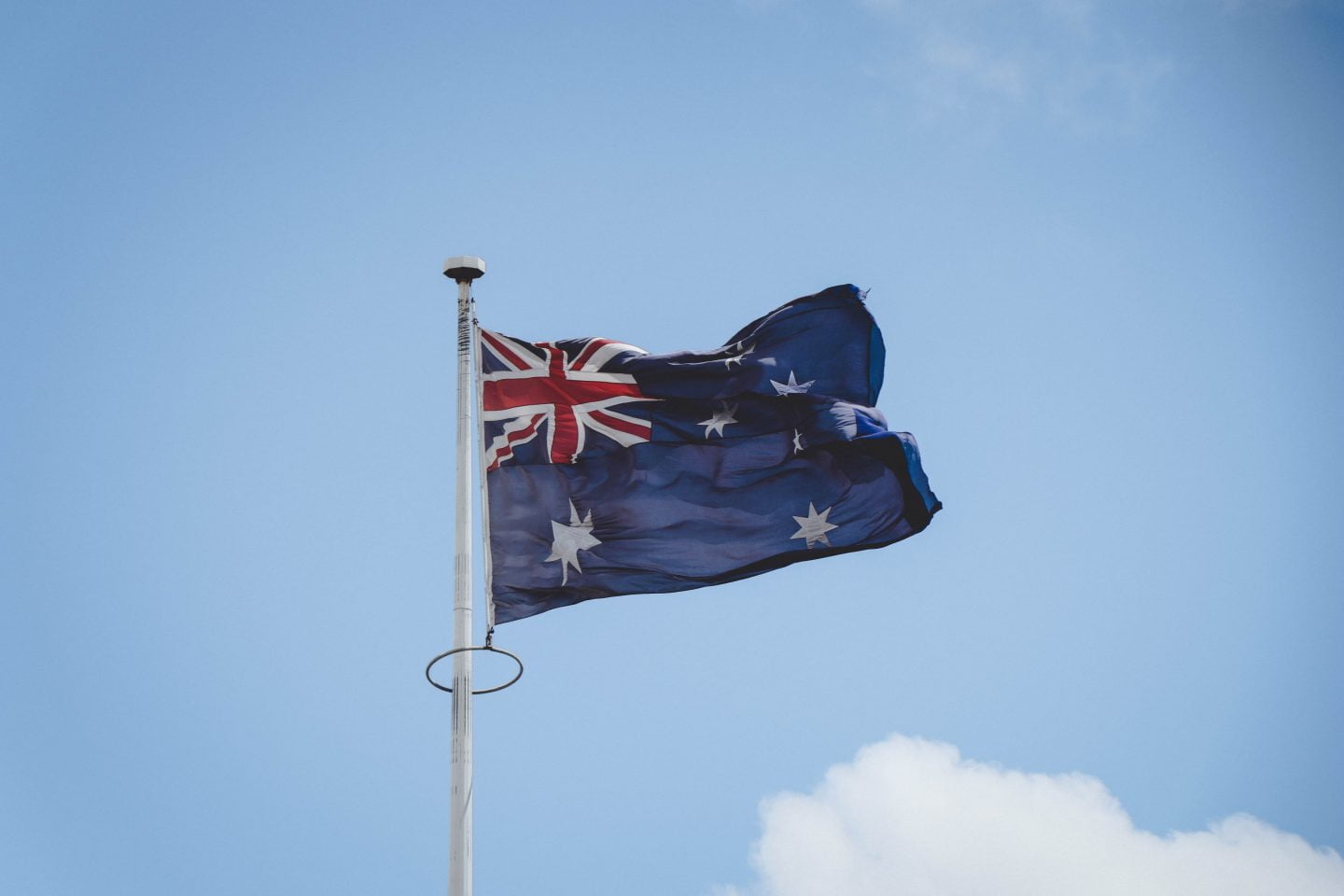 The iconic symbols of Australia include the Sydney Opera House, the boomerang, the kangaroo, and the emu.

The origins of the flag are plain to see: Australia was settled by the British in 1788 and remained a colony until its independence in 1901. However, Australia remains a member of the Commonwealth and, as such, has chosen to retain the British Union Flag as the national flag.

Each of the stars is seven-pointed and is known as Commonwealth Stars. Originally there were six points to represent the 6 colonies that made up Australia (New South Wales, Queensland, Victoria, Western Australia, Northern Territory and South Australia). Later they were changed to 7 points to represent the extra colony of Papua New Guinea, which was at the time a dependent territory.

Most countries use the colours in their flag as their national colours, but not Australia. Australia’s national colours – as used in sport and elsewhere – are the vibrant green and gold, not the red, white, and blue of the flag. This is almost certainly a move away from the colours that are found in the British flag. The future of the Australian flag is up for debate. Could a new flag with the green and gold colours, the distinctive shapes of a kangaroo and a boomerang replace the ex-colonial look of the current flag? A referendum on becoming a republic is currently not high on the political agenda in Australia, but surely it’s only a matter of time.